With their long tails and crab-like claws, scorpions can easily make anyone squeamish. But that’s only one reason you may want to keep plants out of your yard that attract these nuisances. Let’s take a moment to discuss if scorpions are attracted to palm trees.

What Is a Scorpion?

A scorpion classifies as an arachnid because it has eight legs. These creatures have pinchers on their legs in the front. In the back, they have segmented tails with a stinger on the end.

While some of them are only a half-inch long, others grow to 7.25 inches long. Scorpions can be a range of colors, such as reddish-brown, yellow, blue, or black.

Where Do Scorpions Live?

Scorpions are found down south in places like Mississippi, Texas, Arizona, and Oklahoma. They can also be found in southern Missouri, Kansas, California, Oregon, and Colorado.

While scorpions can’t fly, they can climb up trees.

Scorpions can’t bite. They will sting both humans and pets, though.

Every scorpion is venomous and can release that poison when they sting you with their tails. Their venom, however, isn’t all the same in terms of potency.

Most of them only release a venom that causes localized pain, tingling, and numbness that lasts for a few days. In the US, only one type is deadly to humans — the Arizona bark scorpion.

What Are Scorpions Attracted to?

Scorpions are drawn to food sources. Their diets are comprised mainly of insects, including termites, spiders, and centipedes. They’ve even been known to eat other scorpions.

Interestingly enough, though, scorpions may survive months without food. They, however, need water during that time.

Are Scorpions Attracted to Palm Trees?

A scorpion won’t go to a palm tree as a food source because they don’t eat vegetation.

These trees, however, provide other benefits that scorpions like. For example, a palm tree supplies a significant amount of shade. When the large leaves fall to the ground, they become an ideal place for scorpions to take refuge since the large leaves provide shade and protection.

Additionally, palm trees attract other bugs, both for shelter and food purposes. Therefore, a scorpion could find prey in a palm tree.

Scorpions are fans of orange trees because orange trees attract a wide array of insects for them to feast on. Spiders are one creature that finds orange trees delectable, and scorpions find spiders to be quite a treat.

How to Keep Scorpions Out of Palm Trees

For many pests, the ideal way to keep them at bay is to remove their food source. However, spraying your palm tree with pesticides won’t help since scorpions can survive for months without a single morsel of food.

Instead, you should focus on grooming the tree and making it less hospitable for scorpions. For instance, make sure you’re routinely trimming your palm tree to eliminate dead and dying branches. Consider hiring a tree service to prune your trees regularly.

You may want to come out during the day and find where the scorpions are hiding. Get rid of that habitat by trimming those branches.

Although you may want to deter scorpions and pests like rats from your palm tree, you should also focus on keeping them out of your home. They’re notorious for using trees to gain access to roofs and then into homes. Therefore, you should make sure you keep your trees trimmed and away from your roof.

Ideally, you want to landscape to try to prevent scorpions from your palm trees as well as your yard and home. Fortunately, certain plants deter scorpions. For instance, consider planting lavender near the palm tree. Lavender repels scorpions, as well as many other insects.

Cinnamon, cedar, and peppermint are other options that will repel scorpions.

A pest control professional can address a current infestation of scorpions and provide you with ways to prevent them.

How Can You Keep Scorpions Out of Your Home?

One option to prevent scorpions in your home is diatomaceous earth, which usually consists of amorphous silicon dioxide. As scorpions come in contact with this substance, it absorbs the fats and oils from their exoskeleton and causes them to dry up. Moreover, the substance has abrasive edges, which contributes to killing them off.

You could use lavender, cinnamon, or peppermint oils to prevent them from entering your home. Apply the oil around crevices and cracks that scorpions can get through, such as doorways and windowsills.

Scorpions are a nuisance, and one variety in the US is potentially lethal. Unfortunately, those beautiful palm trees in your yard may add to the ambiance, but they create an environment that attracts scorpions. Proper care of your trees and certain landscaping techniques can reduce your chances of dealing with these pests. Additionally, you’ll want to take steps to keep them out of your home. 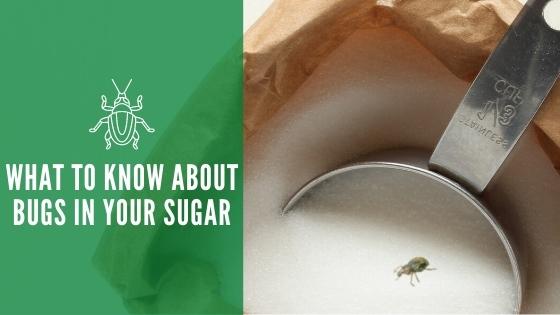 What to Know About Bugs in Your Sugar Posted in Other Pests
Posted/Updated on:October 4, 2021