Skip to content
PinterestYoutube
Home » Ticks » Can Ticks Get Through Clothes? 6 Tips for Preventing Tick Bites

Can Ticks Get Through Clothes? 6 Tips for Preventing Tick Bites 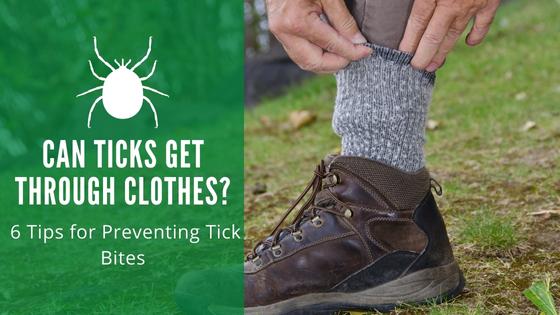 Ticks are a serious problem in the United States. While they’re most commonly found in wooded areas, they can also be found at the beach, in parks, and even on your property. One of the most common questions is whether ticks can get through your clothes. In this article, we’ll look at what ticks are, if they can get through clothes, and ways to protect yourself from tick bites.

Ticks are tiny arachnids that feed on blood. They are relatives of the spider and can be found worldwide in many different habitats. These small creatures feed on birds, mammals, reptiles, and humans. The tick’s mouth is located on its underside, so when it bites you, it sticks to you like glue and then starts sucking your blood through its two feeding tubes (called “hypostome” and “stylet”).

You often find ticks in wooded or brushy areas where there are lots of animals for them to feed on. This means you’re more likely to find ticks on a hike through a forest or in a park than in an urban area.

They aren’t particularly fast creatures and don’t fly or jump. Instead, they crawl from one place to another by attaching themselves to passing animals or people with their backward-pointing barbs. If you have a dog and live in a wooded area, check them often for ticks. They move from animals to people and spread diseases such as Rocky Mountain spotted fever, Lyme disease, or ehrlichiosis.

The Dangers of Tick Bites

The Centers for Disease Control and Prevention (CDC) says that there are approximately 30,000 cases of Lyme disease reported in the United States each year. The number of actual cases is likely much higher, as many people who contract Lyme disease don’t know they have it or don’t realize that it’s not just a rash and fever.

Tick bites often go unnoticed, so if you develop any symptoms after a bite, you must see your doctor as soon as possible to get proper treatment. Symptoms include hives, swelling of the face and lips, difficulty breathing and/or swallowing, chest tightness and pain, dizziness, or fainting.

Can Ticks Get Through Fabric?

Yes, ticks can get through fabric! They can climb and cling to clothing, bedding, and other surfaces. The most important thing to remember is that not all fabrics are equally effective at keeping ticks out. For example, cotton may seem like an ideal fabric for repelling ticks, but this isn’t always the case because ticks can easily find their way into the many holes created by their loose weave.

Other fabrics susceptible to tick penetration include wool, jeans, polyester (both have small holes), and nylon (which has larger gaps).

Clothing to Wear to Avoid Ticks

The best clothing for keeping ticks at bay (believe it or not) are leggings, and long, thick socks pulled up over the calf. How do leggings keep ticks out if jeans can’t? The leggings fabric has a tighter weave and doesn’t leave tiny holes that ticks can crawl through. However, the type of leggings should be the type used for workouts or cycling. Thinner leggings may not be as effective.

Also, wear long sleeves, a hat, and closed-toe shoes when you go outside, especially in wooded areas. Ticks like to climb tall grasses and bushes, so if you’re hiking in a wooded area with tall grasses or bushes, be extra careful of your surroundings when walking through them.

Tips for Protecting Yourself from Ticks 1. Spray insect repellent on your exposed skin and clothing when traveling in areas where ticks are known to live. Permethrin is recommended because it kills ticks but is also toxic to animals. A good alternative is Picaridin. It is eco-friendly as well as safe for people and animals. Some studies have shown that a combination of thyme and citronella oil to be effective.

2. Check yourself for ticks frequently throughout the day when spending time outdoors—especially after being in grassy areas or walking through brushy woods or tall grasses where they like to hide out waiting for their next meal!

3. Avoid walking through tall grasses and other areas where ticks may hide if possible. If you have to walk through these areas, wear protective clothing and check immediately after leaving the area.

4. Carry a lint roller to grab pesky ticks you find on clothing. The roller will pick up the tick and trap it on the sticky sheet. Then you can just tear off the sheet, roll it up, and throw it away. This tip is from the Farmer’s Almanac.

5. Wear light-colored clothing so that you can spot any ticks easily. If you’re going to be outdoors for several days at a time and plan on doing some serious hiking, consider wearing light-colored long pants rather than shorts.

It is also worth noting that some studies have shown that dark-colored clothing attracts fewer ticks, but they will be harder to spot. This is a divided issue.

6. Shower right after coming indoors from an outing in a tick-infested area. Any that have made their way onto your clothes can be removed quickly before they make it onto your skin. Also, make sure to check your car for ticks that may have fallen off your hiking equipment.

How to Remove a Tick

If you’re concerned about ticks, it’s best to take precautions. Ticks are most active during the warmer months, so check your clothing and skin for any signs of ticks after spending time outdoors. If you find one attached or crawling on your skin, use tweezers to grab the tick as close to the skin as possible. Do not squeeze the tick, as this may cause it to regurgitate into your skin and increase your risk of infection. The CDC has more information and a tutorial on how to remove ticks.

Where to Look for Ticks on the Body

Ticks typically crawl to the host’s head, neck, and ears. They usually insert themselves into hair follicles or beneath loose skin in these areas.

Ticks can also find a home behind your knees, around your waist, and in your armpits. If you wear long pants and tuck them into socks when you’re outside (which is an excellent idea), ticks will be less likely to find their way onto your legs than if exposed.

The key to being safe from ticks in the great outdoors is to keep an eye out for them, avoid those areas where they are known to be, and wear clothing that makes it harder for them to get ahold—taking some precautions and staying vigilant while outside can minimize the risk of injury and illness. 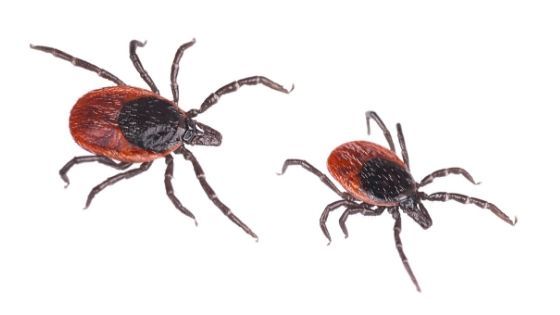 Get Rid of Ticks in Your House 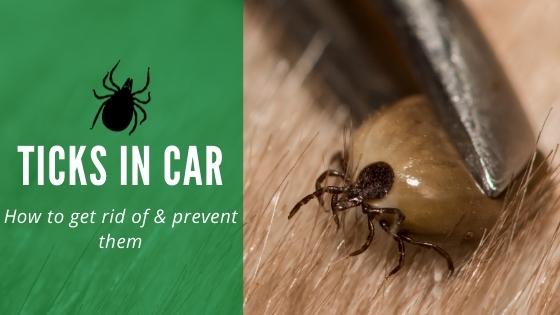 Ticks in Car: Get Rid of & Prevent Them 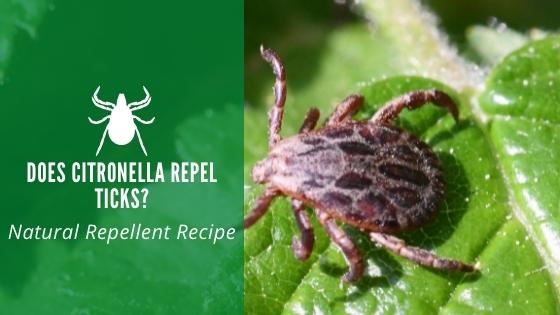